The gentlemen have over 30 years’ experience in the renewable energy sector between them.

Australian Clean Energy Chair, Mr George has been involved in project development, investment, financing and general management in the energy and infrastructure sectors in Australia, the United States and Europe.

Energy Minister, Dr Anthony Lynham says CleanCo’s establishment is progressing and the company will start operating in the National Electricity Market in 2019, subject to regulatory approvals.

“CleanCo’s role is to support the ongoing growth of Queensland’s expanding renewable energy industry, which already has 21 large-scale renewable energy projects with a generation capacity of 2000 megawatts,” he says.

“CleanCo will build, own and operate renewable generation, continuing this government’s strong commitment to public ownership of our electricity assets.

“Once established, CleanCo will support our ongoing efforts to place downward pressure on electricity prices and move steadily towards our target of 50% renewables by 2030.” 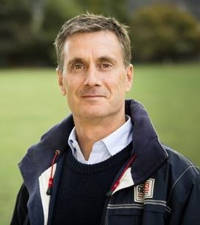